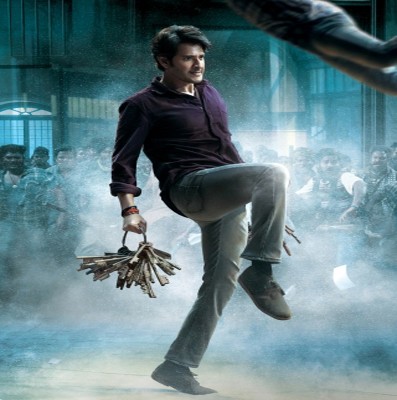 Hyderabad,  The ambitious film 'Sarkaru Vari Paata,' starring Mahesh Babu, is nearing completion. The film, directed by Parasuram, is set to be released worldwide on May 12.

On this occasion, Senior Editor Marthand K Venkatesh, who is working on the film, interacted with the media.

According to Marthand K Venkatesh, who previously worked with Mahesh Babu on his blockbuster hit 'Pokiri,' 'Sarkaru Vaari Paata' will be a visual feast for fans.

"'Sarkaru Vaari Paata' contains a greater number of high voltage mass elements. 'Pokiri' has been edited for Mahesh. In terms of content and mass appeal, 'SVP' will be larger than Pokiri."

"Mahesh Babu appears more endearing in this film. Fans, families, and the general public will enjoy this film. The first half is youthful, while the second is filled with family emotion and action ", Marthand said.

The renowned editor spilled the beans on the upcoming release 'SVP,' saying, "After observing the rushes, I predicted that Pokiri would be much larger. The hero and heroine's track in the first half of the film will make you laugh out loud."

According to Marthand, "There will be hilarity whenever they meet in the second half. I am confident that this will be a huge success in the theatre. Sarkaru Vaari Paata will be a big event for Mahesh Babu fans."

Starring Mahesh Babu and Keerthy Suresh in the lead roles, 'Sarkaru Vaari Paata' will hit the screens on May 12 amidst a huge buzz.