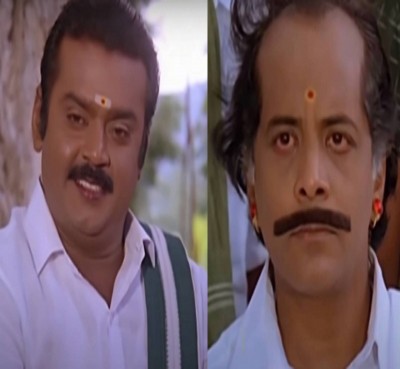 Chennai,  One of Tamil cinema's most respected actors and a leading hero at one point in time in Tamil cinema, Vijayakanth, has paid rich tribute to actor Salim Ghouse, who passed away recently in Mumbai.

Vijayakanth, who is lovingly called Captain Vijayakanth, took to Twitter to pay tribute to the late actor, who has done several critically acclaimed roles in Tamil.

Vijayakanth, who is also the founder of the Desiya Murpokku Dravida Kazhagam (DMDK), wrote in Tamil, "I was devastated to learn of the demise of actor Salim Ghouse. An exceptional actor, Salim Ghouse was a very sweet person to be with. He exhibited some really fine acting along with me in the film 'Chinna Gounder'. Am shocked to learn of his demise."

'Chinna Gounder', which went on to emerge as a blockbuster in Tamil cinema, had Vijayakanth playing the lead and Salim Ghouse the character of Sakkarai Gounder, the antagonist.

Despite taking on Rajinikanth's 'Mannan' at the box office in the year 1992, the film still went on to emerge a blockbuster and set the cash registers ringing.