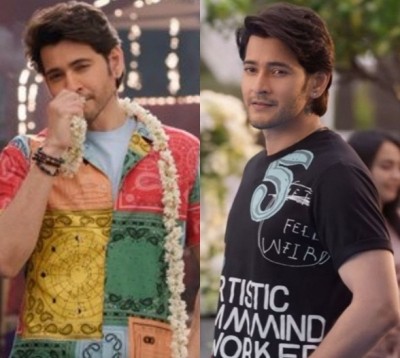 The makers, as promised, released the film's theatrical trailer on Monday, as they also arranged for screenings of the same in multiple theaters in Hyderabad.

"It's time to pull up the sleeves and ring the action", director Parasuram Petla wrote, as he shared the theatrical trailer of the Mahesh Babu-starrer.

Going by the trailer, the writing and scenes are promising and interesting.

The trailer begins with Mahesh Babu holding a bunch of keys and giving a lecture to a group of people about the value of money.

The story shifts to a foreign location after a series of action blocks, where he meets this beautiful girl, Keerthy Suresh. He begins flirting with her, which she seems to enjoy too.

The action sequence at a fish harbour, followed by the dialogue exchange between him and Samuthirakani, has some impressive action elements.

After some intense action, the trailer ends on a humorous note, with Mahesh Babu explaining why he has such strong feelings for Keerthy, saying, "It's a boy thing."

The visual from the mass song, in which Mahesh Babu appears in a vibrant outfit, has us anticipating it with bated breath.

With the release date approaching, the release of the theatrical trailer has only doubled the hype for 'SVP'.