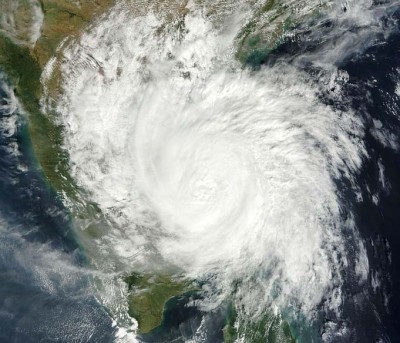 New Delhi, The Severe Cyclonic Storm Asani over Southeast and adjoining west-central Bay of Bengal moved nearly west-northwestwards with a speed of 25 kmph through the night and lay centered at 5.30 a.m. over westcentral and adjoining South Bay of Bengal, the India Meteorological Department (IMD) said.

"It is then likely to weaken gradually into a Cyclonic Storm during next 48 hours," the bulletin said.

Fishermen have been advised not to venture into westcentral Bay of Bengal till Tuesday and into Northwest Bay of Bengal during May 10 to 12.

IMD has also predicted Gale wind and light to moderate rains along the Odisha and Andhra Pradesh coast from May 10 to 12.