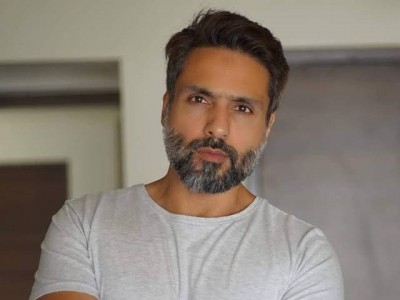 Mumbai, Actor Mohammed Iqbal Khan, who is currently seen playing the role of Virat Sethi in TV show 'Nima Denzongpa', feels it has given him recognition.

He says: "I have acted for all the mediums, be it Bollywood movies, TV shows and digital series. All these mediums have given me a different kind of experience. And I'm thankful to have got this opportunity to act and explore all the mediums. "

"Though I feel it was TV shows, which gave me a successful career and recognition as an actor. And now the web and films are putting me in the bracket of actors who perform, especially after 'Jalsa' and 'Crackdown'."

Iqbal is known for Bollywood films like 'Fun2shh... Dudes in the 10th Century' and his recent release was 'Jalsa'.

He reveals acting in films changed him as an individual. "I don't regret any of my work. Though my initial films didn't work comparatively, acting in films has changed me as a person. So it was a great experience," he added.