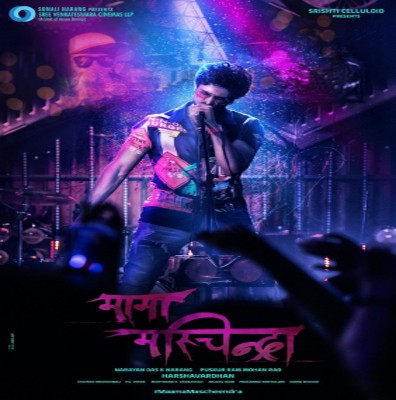 Hyderabad,  On the occasion of 'Prema Katha Chitram' actor Sudheer Babu's birthday, the makers on Wednesday released the title poster of his upcoming movie in which he stars under actor-director Harshavardhan.

"Fun & action have no language barrier. Also in Hindi this time! Let's go!" tweeted Sudheer as he shared the first look poster of 'Mama Mascheendra'.

The film's title is derived from the most popular song 'Maama Mascheendra' from Kamal Haasan's 'Bharateeyudu' film.

The film's title and first look poster intrigues, as the 'Mama Mascheendra' sounds interesting. The actor, dressed in funky costumes, appears ecstatic as he appears to be singing on a pub stage in the poster. Certainly, the poster makes an impression.

Sudheer will play a multi-shaded character in the film, which is described as an action entertainer with an original concept.

This Telugu-Hindi film will be produced by Sree Venkateswara Cinemas LLP and Srishti Celluloid. The soundtracks for 'Mama Mascheendra' will be created by Chaitan Bharadwaj of 'RX100' fame.