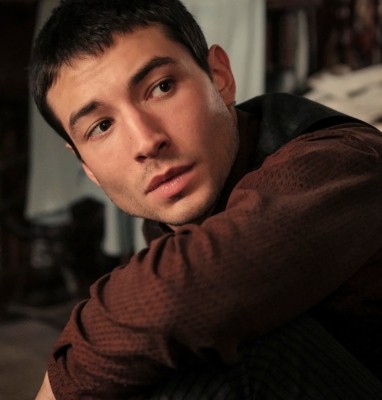 Los Angeles,  Actor Ezra Miller claimed they filmed themselves getting assaulted to make art in body-cam footage obtained from his recent arrest.

In the footage, which was obtained by TMZ, Miller said: "I got assaulted and I started filming. Let me show you the video. I got assaulted in this bar, twice in a row. I film myself when I get assaulted for NFT crypto art...

"I film myself when I get assaulted for NFT crypto art. I'm being arrested for disorderly conduct? I was assaulted. You understand that, right? The guy at that bar declared himself as a Nazi. I have it on film and he attacked me."

The 29-year-old actor then repeatedly shouted at cops to get their identities.

"Don't touch me. Tell me your name and your badge number, now!"

Miller then tried to use their amendment rights to stop the arrest.

The actor asked officers not to touch or confiscate their "Flash ring" as it "means a lot" to them before accusing cops of touching their genitals.

They said: "Hey, you just touched my penis. Please don't do that. I'm transgender, non-binary and I don't want to be searched by a man!"

Miller ultimately pleaded no contest to disorderly conduct and was fined $500. In exchange for the plea, the harassment charge was dropped, as was a separate charge of obstructing a public sidewalk.

The 'Flash' star was arrested three weeks after the karaoke bar incident for allegedly throwing a chair at a woman after becoming agitated when he was asked to leave a private residence.