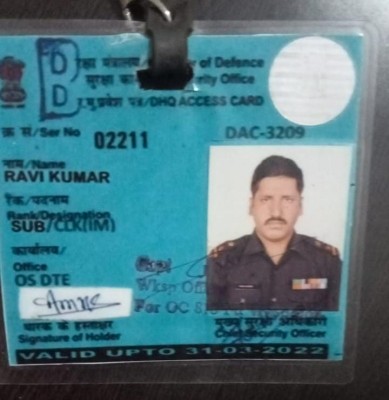 Gurugram, A Gurugram police crime branch team has arrested three persons, including a fake army officer with a bogus identity card, for allegedly smuggling expensive liquor from Gurugram to Ahmedabad, the police said on Friday.

The police have recovered 224 bottles of liquor, one Maruti S-Presso car and two fake ID cards from the accused.

Acting on a tip-off, a police team nabbed the accused from Krishna Chowk in the Palam Vihar area on Thursday along with illegal liquor bottles.

The accused have been identified as Gulshan Khanna and Ravi, both residents of Gurugram, and Ashish Rathore from Panchmahal, Gujarat.

"The accused admitted that Gulshan and Rathore used to collect liquor from different places in Gurugram while Ravi used to smuggle it to Ahmedabad pretending to be an army officer. If the police checked Ravi at the check-points, he would display his fake identity card to defend himself," said Preet Pal Sangwan, Assistant Commissioner of Police (Crime).

The police said Ravi took Rs 5,000 per consignment and had smuggled liquor into Gujarat several times.