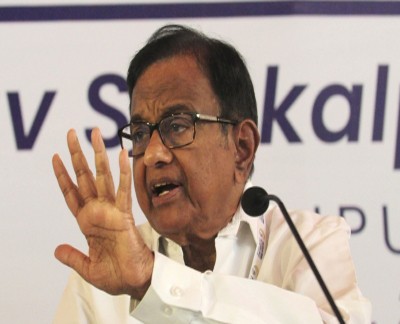 Udaipur, Former Home Minister and senior Congress leader P. Chidambaram on Saturday said that status quo on all places of worship should be maintained else it would lead to a conflict.

The Rajya Sabha member was reacting to the ongoing Gyanvapi mosque row.

"Places of worship Act was passed by the Narasimha Rao government with the lone exception of Ram Janmabhoomi. All other places should have status quo as any kind of change could lead to a huge conflict," he said.

On Friday, the Supreme Court agreed to hear the issue but refused to immediately halt the survey of the Gyanvapi Mosque in Varanasi.

The apex court on Thursday rejected the demand for the removal of the advocate commissioner for the video survey of the Gyanvapi mosque.

It has appointed two additional advocates to assist the advocate commissioner. The Muslim petitioners had sought the removal of advocate commissioner Ajay Mishra on the grounds that he was doing the video survey of areas in the Gyanvapi mosque that are not specified in the order.

The court said that the video survey will continue and will be completed by May 17. Anyone who tries to stall the survey should be dealt with sternly, it added.