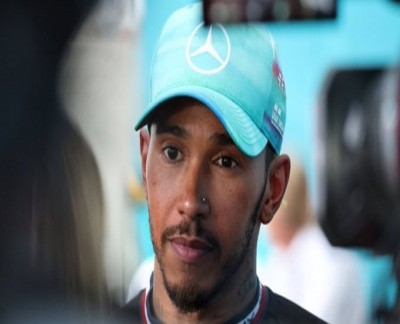 Monaco,  World's motorsports regulating body FIA president Mohammed Ben Sulayem has said that the seven-time Formula 1 world champion Lewis Hamilton will be fined from competing in the Monaco Grand Prix if he fails to stop wearing jewellery during the race.

Hamilton has urged the FIA to relax their strict rulings against drivers wearing body piercings and neck chains while competing at the race in Florida last weekend, which FIA had turned down.

F1 has already made the rules for drivers wearing jewellery for several years now, but it's only this year the FIA has appeared to stamp down on those regulations.

Ben Sulayem has now spoken publicly for the first time on the jewellery ban being enforced by the FIA. And, while the FIA president stopped short of saying whether Hamilton would be banned from driving in Monaco, he did confirm that fines will be issued.

"That's up to him. There are fines that apply," Ben Sulayem was quoted as saying by Daily Mail.

"It's like if someone speeds on the roads - you can't stop them doing it but they get fined, even if it was accidental," he said.

During the Miami race, Hamilton claimed it felt like a 'step backward' for the sport.

"It seems unnecessary to get into this. I am here to be an ally of the sport, we have bigger fish to fry," he had said.