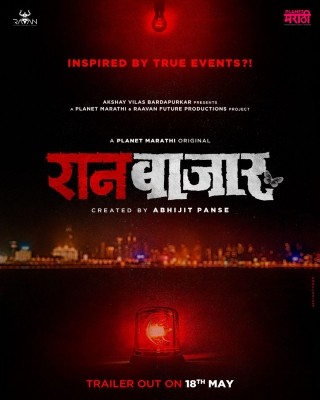 The makers have launched the poster on social media and it features well known faces of Marathi entertainment industry including Tejaswini Pandit and Prajakta Mali.

The web-series will revolve around the dark realities of politics. Director Abhijit Panse says: "What we have done with Raanbaazaar, is something that has never been attempted before in the regional space of Marathi Entertainment."

"The idea is to extend and expand the level and quality of Marathi content beyond boundaries to push it across national and global audiences."

Presented by Planet Marathi, Akshay Bardapurkar and produced by Ravana Future Productions, Abhijit Panse and Anita Palande, 'Raanbaazaar' will be released on Planet Marathi OTT from May 20.