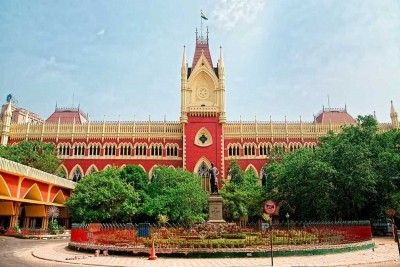 The Calcutta High Court on Wednesday directed that in case of seizure of narcotics, it will be mandatory for the police to conduct videography of the entire process. Kolkata,  The Calcutta High Court on Wednesday directed that in case of seizure of narcotics, it will be mandatory for the police to conduct videography of the entire process.

Passing this order, a division bench of Joymalya Bagchi and Justice Ananya Bandyopadhyay also directed that any police official is found violating this directive, immediate departmental proceedings should start against him.

The order came as the bench heard a case relating to narcotics seizure under Lalgola police station in Murshidabad district of West Bengal. While the police claimed that banned narcotics were recovered from the accused persons, the eyewitnesses claimed that the accused were forced to sign a false seizure list by the investigating police personnel.

The division bench observed that since these days smartphones are in possession of almost all police personnel, they can easily do the videography of the entire seizure process from these only.

Thereafter, it, while making videography mandatory in case of all narcotics seizure cases, also directed the state Director General of Police to send a communication to all district Superintendents of Police on this count. The division bench also observed that it will be the duty of the SPs to ensure that the order is being followed by the police stations in the respective districts under their jurisdictions.

The division bench has also directed that while hearing of narcotics cases, the investigating officials will have to present the original case diaries to the court and not their photocopies. According to it, often photocopies conceal a lot of information to the court and in order to avoid such things, it will be mandatory for the police to present the original case diaries.

Senior criminal lawyer Kaushik Gupta said that judgement was extremely essential both from the points of police as well as the accused. "On one hand, the videography of the entire seizure process will ensure punishment of the perpetrators in the drug menace and on the other it will ensure the protection of the citizens from being falsely implicated," Gupta told IANS.