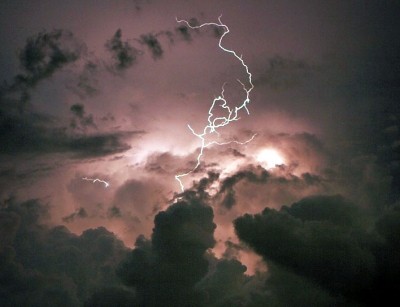 San Francisco,  A woman died in Southern California after being struck by lightning as a summer storm hit the area, local media reported.

The woman and her two dogs were killed while walking along a riverbed path on Wednesday in Pico Rivera, a city located in southeastern Los Angeles County, Xinhua news agency quoted the Los Angeles Times as saying ina report citing the police.

"There's a one-in-a-million chance of something like this happening and it happened," LA County Sheriff's Sgt. Patrick Morey was quoted as saying by the newspaper.

Pico Rivera officials announced to cancel some outdoor activities, such as field trip and farmers market.

Officials in some Southern California areas urged local residents to stay indoors during the unstable weather.

Multiple beaches in Southern California were closed by local authorities due to dangerous weather conditions.