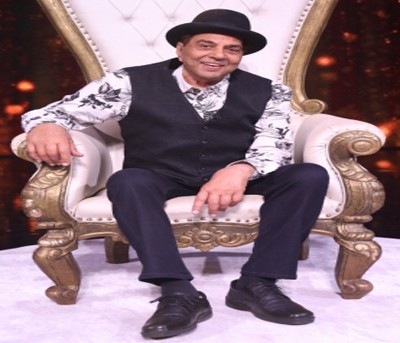 Mumbai,  Veteran Bollywood actor Dharmendra shared how he has always been a huge fan of legendary actor Dilip Kumar and how he inspired the actor in him on 'Superstar Singer 2'.

He said: "Till Class VIII, I did not know anything about cinema and my father was a school teacher who was very strict. And parents always think about your good only and he never considered cinema to be a good thing.

"When I was in Class VI, some of my classmates were very thrilled about going to the cinema, and I kept asking them what cinema was."

"And, when I went to the tenth grade, I saw Dilip Kumar Ji's film 'Shaheed' and I immediately fell in love with him and his acting skills.; felt like he was my brother. I was elated by the audience's love for him and yearned for it myself. Hence, I became an actor to win the audience's love and I am getting the love to which I am truly grateful," he added.

Also when asked about how he used to imitate Dilip Kumar and Prem Nath after watching 'Aan' film, the veteran actor said: "Dilip Kumar ji's film 'Aan' had released and I watched it as I was a big fan of his. So, I used to step out of my house and go somewhere to imitate Dilip Saab and Prem Nath Ji's acting from the movie. So I had this passion within me to observe and learn."