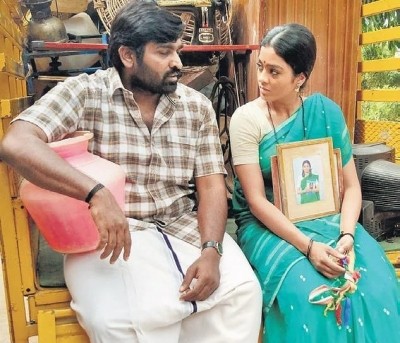 The film has also won the award for Best Picture.

Interestingly, the film, which had garnered huge praise from various quarters soon after its release, had ace director Shankar calling it a 'realistic classic'. Shankar had even said that Vijay Sethupathi's brilliant performance in the film deserved a National Award.

Only a week ago, the film had won a Gold medal at the Tokyo Film Awards this year.

'Maamanithan' won the gold in the Best Asian Film category, while Takahiro Kawabe's 'Love Song at 5 pm' won the silver and Mart Bira's 'Nomadic Doctor' took the bronze at the Tokyo Film Awards.

The story of 'Maamanithan' is about a simple man who longs to provide good education to his children by getting them admitted to a private school. To increase his income, he enters into a deal with a real estate developer and in the process gets conned. The problems he faces are what the film is all about.