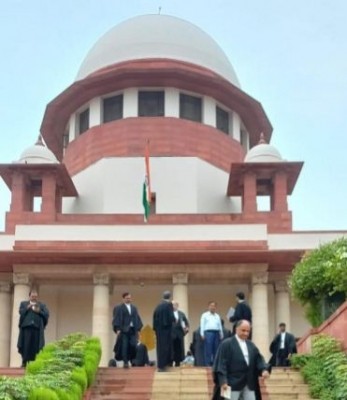 New Delhi,  The Supreme Court on Monday declined to entertain a plea seeking probe into the murder of advocate and state BJP leader Tikalal Taploo in Kashmir in 1989 by militants.

A bench comprising Justices B.R. Gavai and C.T. Ravikumar declined to entertain the petition saying that another similar matter was not entertained by the apex court. The bench said it cannot discriminate between the petitions and told the petitioner's counsel to avail alternate remedies, as it dismissed the petition as withdrawn. The plea was filed by Ashutosh Taploo, son of the deceased.

The counsel, representing Taploo, attempted to draw the court's attention on the differences in his client's petition and another petition, which the apex court declined to entertain. The counsel submitted that he is on personal liberty and "I am aggrieved, my fundamental right is violated and due to the kind of atmosphere I cannot pursue it there..."

The counsel also cited the direction of constitution of an SIT to investigate the 1984 anti-Sikh riots after nearly three decades. The bench said the relief can be sought before the high court.

On September 2, the Supreme Court declined to entertain a plea seeking an SIT probe into the targeted killings of Kashmiri Pandits in Kashmir, which had led to their exodus from the valley. A bench comprising Justices B.R. Gavai and C.T. Ravikumar told the counsel, representing the NGO We the Citizens, to raise the grievances before the Central government.

Advocate Barun Kumar Sinha, representing the petitioner, urged the bench to hear his submissions highlighting the plight of the Kashmiri Pandits. The bench said he should approach the Central government. After a brief hearing in the matter, petitioner's counsel agreed to withdraw the petition.

The bench allowed the counsel to make representation before the Central government and the concerned authorities. The plea sought a direction for the rehabilitation of those who migrated out of the valley and also sought SIT be formed to identify those who 'aided and abetted the genocide' of the Hindu and Sikh communities between 1989-2003.