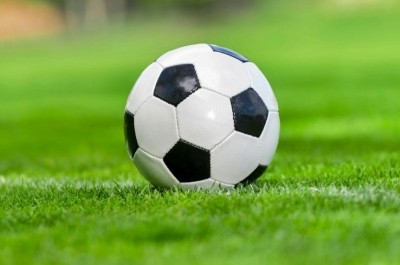 Doha,  Qatar has showcased at the United Nations the sustainability initiatives it plans to implement at the FIFA World Cup 2022. The first country to host the tournament in the region has touted sustainability at the core of its attempts to present a grand spectacle at the most important celebration of the beautiful game.


Qatar launched "Scoring For The Goals" at the UN Headquarters on Sunday, 62 days from becoming the first Arab and Muslim country to host the World Cup. Organisers call it the most sustainable edition in the history of the global event.

The ceremony held on the sidelines of the 77th session of the UN General Assembly was attended by top officials of Qatar including Deputy Prime Minister and Minister of Foreign Affairs Sheikh Mohammed bin Abdulrahman Al-Thani, Secretary General of the Supreme Committee for Delivery and Legacy Hassan Al Thawadi, Qatar's Permanent Representative to the UN Sheikha AlyaAhmed bin Saif Al-Thani, and UN Secretary-General Antonio Guterres.

Built on General Assembly Resolution No. 76/259, "Scoring For the Goals" highlights the value of football in enhancing sustainable development, peace, tolerance, inclusion and climate action. It also emphasises the significance of unity for individuals and nations while enjoying the power of football when the World Cup kicks off on November 20, particularly in light of the need to use this power for a better future for the current and future generations, as well as the need to achieve the UN's 17 goals to build a more sustainable, peaceful and prosperous planet for all humanity.

The Secretary-General of the Supreme Committee for Delivery and Legacy, Al-Thawadi said that sport is uniquely equipped to realise the ambitions of the 2030 agenda.

Commenting on the role of football in uniting people, he said, "Football in particular breaks down barriers, creates friendships and enhances cultural understanding, no matter beliefs, nationality or economic status. Football touches our passion and brings out the best in us as individuals and human beings...when harnessed properly, it profoundly improves the lives of all and transforms our world for the better.

"This transformational spirit that we have long recognised is serving as the inspiration and guiding light for a successful bid to bring the FIFA World Cup to the Middle East and the Arab World for the first time.

"In less than 60 days, our country and our region take central stage," he said, highlighting the expected arrival of more than a million people in the country of 2.7 million.

He stressed that hosting the World Cup was inspiring for Qatar to undertake "social progress evidenced in national labour reforms."

The inauguration ceremony included a short video on the United Nations' 17 sustainable development goals. It showed that the achievement of the UN's SDGs can be guaranteed through providing education for all, achieving gender equality and empowering women and girls, giving power to individuals through decent work, innovation, infrastructure, and reducing inequalities.