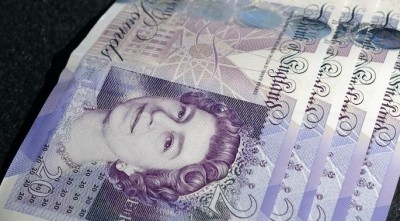 London,  The wholesale price of gas and electricity for all non-domestic customers in the UK will be cut by half their anticipated level during this winter under a government support plan.

Under the new Energy Bill Relief Scheme unveiled here on Wednesday, the discounted price will be available to all businesses, charities and public sector organisations, including schools and hospitals, between October 1 and March 31, 2023, reports Xinhua news agency.

Green levies for non-domestic customers will also be removed.

A review into the operation of this scheme will be published in three months, identifying the most vulnerable industries and informing decisions on future support after March 2023.

The support package was broadly welcomed by business groups and organisations but was also criticized for being short-termed and expensive.

The London-based Resolution Foundation think tank praised the scheme for striking "the right balance of tackling businesses' soaring bills, while avoiding offering support for businesses who don't need it."

However, the support package "could easily cost over 100 billion pounds", Emily Fry, an economist at the Resolution Foundation, said.

"The refusal to cover more of this cost with windfall and solidarity taxes will add pressure on the Bank of England to up the pace and scale of interest rate rises," she noted.

Matthew Fell, chief policy director of the Confederation of British Industry (CBI), said the action is "a substantial short-term fix to a long-term problem".

"Businesses will also want to know more about the exit strategy and what happens when the six-month cap runs out," he said.

Calling the government support scheme "a clear step in the right direction", Shevaun Haviland, director general of the British Chambers of Commerce, said it will allow many firms to keep going through the winter.

But Haviland also pointed out that the six-month support is not enough for the beneficiaries to make plans for the future and called for "a clear long-term plan that gives business the confidence to grow".