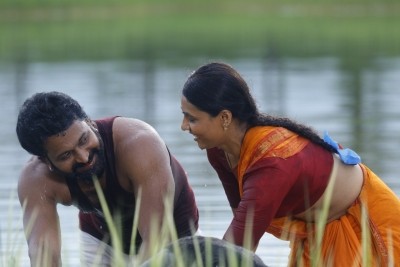 Bengaluru,  With Kannada movie 'Kantara' scoring big at the box office and taking other markets by storm, the southern film industry continues its winning streak in the pan-India market. But what sets 'Kantara' apart from other recent southern blockbusters like 'Pushpa' or 'RRR', is its refreshing take on the age-old conflict between man and nature.

After bringing in Kannada audiences in droves to theatres, 'Kantara' is repeating its success story in other languages too. Rishab Shetty confessed that while he knew he had a winner on his hands, he definitely did not anticipate the scale of success it clocked.

"I have always strongly believed that the more local we go, the more rooted our stories are, the more universal they become."

Interestingly, the story of the movie has its genesis in a real-life incident that happened thirty years ago in his hometown. Shetty stumbled upon the seed of his story in the course of random conversation he had about organic farming to with his friend during the Covid lockdown. Locking the subject immediately, he delved into his own memories from younger days, and 'Kantara' was born.

"In coastal Karnataka region, agricultural land is not merely land, it involves divinity. Every aspect of life is associated with that earth. I looked at agricultural land as a bridge between man, god, and beliefs. I felt that it's also important to tell the outside world about our culture and traditions," Rishab explained.

The movie is also from the Hombale Films banner which has produced the hugely successful KGF series, starring Yash.

After making his presence felt with interesting movies made on modest budgets, Rishab Shetty is happy that 'Kantara' which was made on a relatively high budget has made its mark at the box office.

But acting and directing the movie certainly put him under pressure, he confessed.
"Directing a scene and jumping in to enact my role was certainly tough. But I never let the others sense it. Looking back I don't think I can go through it again."