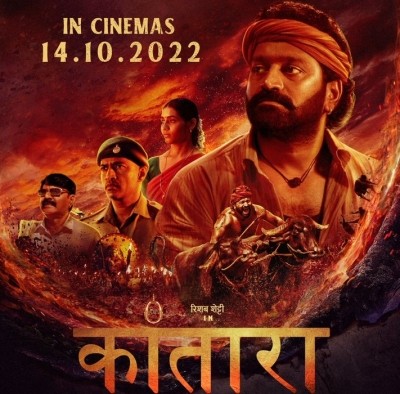 Mumbai,  Actor-filmmaker Rishab Shetty's latest Kannada film 'Kantara' has broken the record of Yash-starrer 'KGF 2' and has come out victorious by becoming the highest-rated Indian film on IMDB.

The film, which released on September 30, is an action-thriller written and directed by Rishabh and produced by Vijay Kiragandur.

Set and filmed in Keraadi in coastal Karnataka, the film stars Rishabh as a Kambala champion, who is at loggerheads with an upright DRFO officer, Murali (Kishore).

The Hindi-dubbed version of the film will be released on October 14.