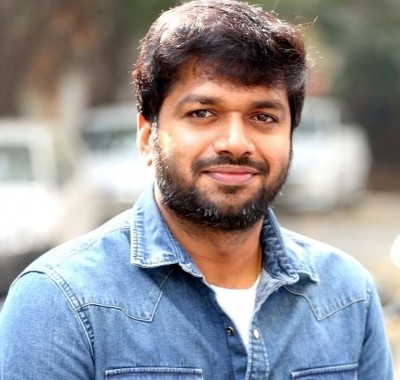 Hyderabad,  Tollywood's hit comedy film director Anil Ravipudi is all set for his on-screen debut as 'Chairman' in a stand-up comedy show on the OTT platform aha.

'Chairman' Ravipudi will preside over the rib-tickling proceedings of the 'Comedy Stock Exchange', which is set to start streaming in November. The show is being produced by SOL Productions.

Commenting on his debut on OTT and the show, Ravipudi said: "I am excited about this rib-tickling ride and hope that viewers accept this show with open arms and embrace my debut into OTT."

'Comedy Stock Exchange' is lining up celebrated comedy figures who make their way to the stage, light up the crowd and serve up plenty of laughs to the audience.

With the show just around the corner, the show's trailer released recently held out the promise that it will tickle people's funny bone. It will feature comedy stars such as Venu, Mukku Avinash, Saddam, Express Hari, Bhaskar and Gynaneshwar, who are all set to showcase their comical side on an OTT platform for the first time ever.

The show is being hosted by Sudigali Sudheer, who is also debuting in the OTT world with this show.