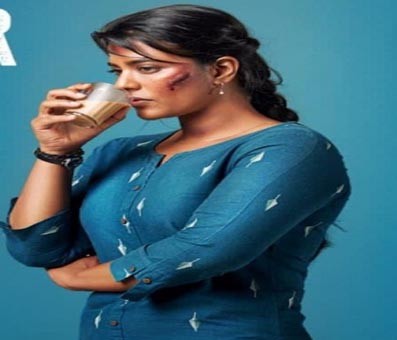 Chennai,  The makers of Director P. Kinslin's eagerly-awaited action thriller, 'Driver Jamuna', featuring actress Aishwarya Rajesh in the lead, have announced that they have postponed the release of their film due to unforeseen circumstances.

In a brief statement that was shared on social media, the makers said: "Upon unforeseen circumstances, our movie 'Driver Jamuna' is postponed from the said date, November 11. The new date will be announced soon."

"We are putting our best efforts to bring our movie to theatres very soon for you to enjoy! We apologise for the delay and assure you that the wait will be worth it. Thank you for your patience and love. Team 'Driver Jamuna'."

Aishwarya Rajesh, who is known to break sterotypes, has played yet another such role in this film that may well be a first for an actress.

She plays a cab driver in 'Driver Jamuna' that's been directed by Kinslin, whose earlier film, 'Vathikuchi', was a critically acclaimed box office success.

The story revovles around a particular trip involving passengers who opt for a shared drive. The trip, Aishwarya undertakes, is between Walajabad and East Coast Road. The cab driver gets caught in the crossfire between a gang that is out to kill and the cops.

The film has cinematography by Gokul Benoy, music by Ghibran and editing by Ramar.