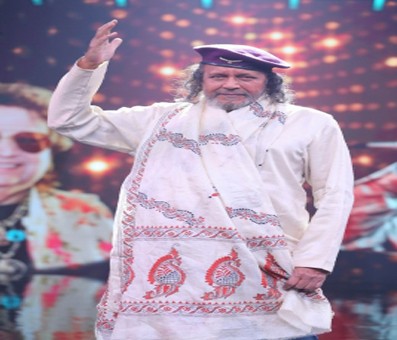 Mumbai,  Veteran Bollywood actor Mithun Chakraborty, who will be seen gracing the Celebrating Disco Kings special episode of 'Sa Re Ga Ma Pa Li'l Champs' along with Padmini Kolhapure, doesn't want a biopic on his life. Explaining his reason, the actor said that he has been through a lot in life and doesn't want anyone else to face the same.

Elaborating on the same, Mithun spoke about how he was disrespected because of his skin colour.

"I never want anybody to go through what I have gone through in life. Everyone has seen struggles and fought through difficult days, but I was always called out for my skin colour. I have been disrespected for a lot of years because of my skin colour and I have seen days when I had to sleep with an empty stomach, and I used to cry myself to sleep," he said.

The actor also mentioned that there were days when he had to think about what his next meal will be, and where he will go to sleep.

He further said: "I have also slept on the footpath for a lot of days. And that's the only reason I don't want my biopic to be ever made. My story will never inspire anyone, it will break them down (mentally) and discourage people from achieving their dreams. I don't want that to happen! If I can do it, anyone else can do it."

Mithun's life story left everyone extremely emotional on the set. He spoke to all the contestants and told them never to give up in life and to try harder and harder to achieve their dreams in life.

"I have fought a lot to prove myself in this industry. I am not legendary because I have given hit movies, I am a legend because I have surpassed all the pains and struggles of my life," he added.

This season features a new panel of judges including Shankar Mahadevan, Anu Malik and Neeti Mohan, who guide the young singing sensation and Bharti Singh entertains the viewers as the host.