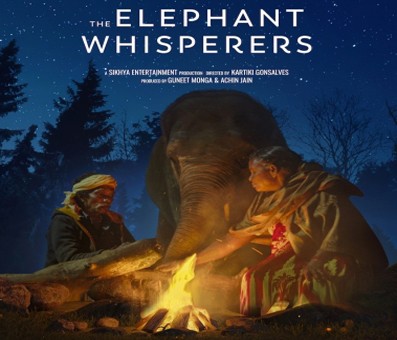 The short documentary was screened last week at the U.S.' largest and prestigious documentary festival - DOC NYC 2022 Film Festival on November 10. The DOC NYC celebrates and supports the cultural shift of how documentary storytelling is flourishing like never before.

'The Elephant Whisperers' is a heartwarming story of an indigenous couple who have been given an orphaned elephant, Raghu to look after. The story follows the couple's journey as they relentlessly work to ensure Raghu's recovery and survival.

The short documentary beautifully stitches the tale of how the couple falls in love with the majestic creature in the course of time. Set against the background of life in the wild spaces of South India, 'The Elephant Whisperers' highlights the beauty of exotic wildlife, unforgettable wild spaces, and the people and animals who share this space.

Producer Guneet Monga shared: "It is heartwarming and highlights the beautiful connection we share with not just nature but also other living beings on this planet alongside the beauty of wildlife and wild spaces in Southern India."