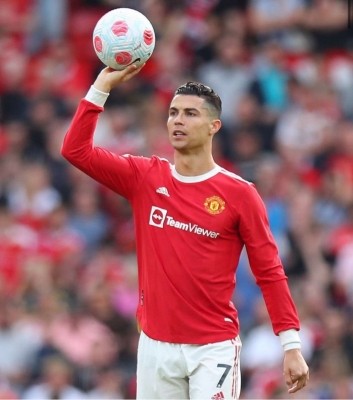 In an interview with Piers Morgan for TalkTV, released by The Sun, Ronaldo also claimed there has been "zero progress" at the club since Sir Alex Ferguson retired in the summer of 2013.

When asked if United's hierarchy was trying to force him out of the club, Ronaldo was quoted as saying by Sky Sports, "Yes. Not only the coach but the other two or three guys around the club. I felt betrayed."

"Honestly, I don't know. I don't care. People should hear the truth. Yes, I feel betrayed. Some people don't want me here not only this year but last year too. I don't know what's going on. Since Sir Alex Ferguson left I have seen no evolution in the club. The progress is zero," the 37-year-old said.

"I don't know why he criticises me so badly...probably because he finished his career and I'm still playing at a high level. I'm not going to say that I''m looking better than him. Which is true..."