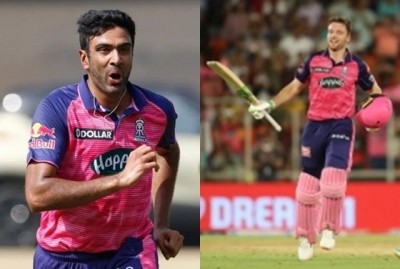 Jaipur,  Rajasthan Royals on Tuesday revealed their list of retained players ahead of the Indian Premier League 2023 Auction. The franchise has retained a total of 16 players, which includes 12 Indians and four players from overseas, and released nine players in total - comprising four Indians and five overseas players.

Director of Cricket, Kumar Sangakkara commented on his team's thinking behind the retention process, while also revealing how tough it was for the franchise to make some decisions after the Royals finished as Runners Up in the last edition.

He said, "We obviously had a brilliant season last year but fell short in the end in the Final. The team that we've had has been extraordinary in each department, and we are delighted at the prospect of retaining the core group which has contributed immensely to the success of this franchise. At the same time, as a high performance team, you have to keep evolving and looking for squad enhancing opportunities in order to stay at the top. Our ambition is to go that extra mile in IPL 2023, and hence some decisions have been made which give us greater flexibility in the Auction to compete with other teams and go for players who we feel can add value to this squad."

"As you can imagine, we are of course gutted that we're having to let go of some of the players who have been an important part of our set-up last season, both on and off the field, and we want to take this opportunity to thank them for their immense contribution to the Royals. We wish them all the best for what's to come, and hope to cross paths with them soon."