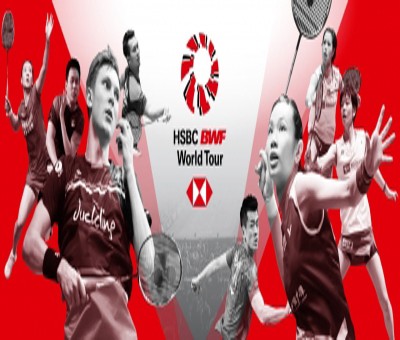 Kuala Lumpur,  The Badminton World Federation (BWF) has relocated the season-ending World Tour Finals 2022 from Guangzhou, China to Bangkok, Thailand due to the complications arising out of the Covid-19 pandemic.

The event has also been moved forward and will be held a week earlier than originally scheduled.

"The tournament has been relocated to Nimibutr Arena in Bangkok, Thailand and will run from December 7-11 -- one week earlier than the scheduled dates for Guangzhou. This is due to stadium availability and a consequence of the change in location," the BWF informed in a release on Tuesday.

The BWF took this decision in consultation with the Chinese Badminton Association (CBA) and agreed to relocate the BWF World Tour Finals 2022 "due to the various challenges brought about by the current pandemic situation", the release.

"BWF would like to thank CBA, Guangzhou City Government, and Guangzhou Sports Bureau for their extraordinary work. BWF would also like to thank the Badminton Association of Thailand for providing a replacement location for the HSBC BWF World Tour Finals 2022 at such late notice," the world governing body for the sport of badminton said in its release.

The BWF also informed that the final list of athletes qualified for the World Tour Finals will be confirmed on November 22 after the completion of the Australian Open 2022.

As far as India is concerned, currently, HS Prannoy is ranked second in the Road to Guangzhou List and is virtually assured of a place in the 8-player draw for the World Tour Finals.

The 2022 World Tour Championships is the fifth edition of the event which was started in 2018. Denmark's Viktor Axelsen won the men's singles title while An Se-Young of South Korea bagged the women's singles crown in the 2021 edition that was held in Bali, Indonesia.