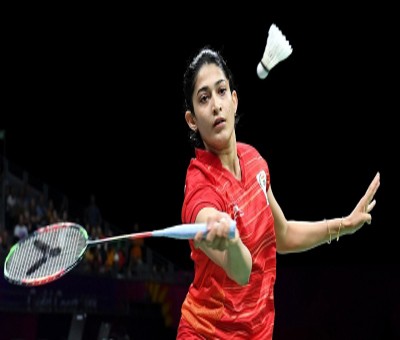 New Delhi,  Ace badminton player Ashwini Ponnappa said she is always looking forward to new and unique opportunities, challenges and goals to achieve and excel as a player in the process.

She also played an important role in winning a silver medal for the Mixed team at the 2022 Commonwealth Games Birmingham. Other victories of Ashwini Ponnappa include a bronze medal in women's doubles at the Badminton World Championship in 2011 and 2018 Commonwealth at Gold Coast and a series of gold and silver medals at the South Asian Games and Asian Championships.

"As a professional badminton player, you always look forward to new and unique opportunities, challenges and goals to achieve and excel as a person and as a player in the process. I am truly honoured to be able to represent my country for so many years now and I look forward to winning more medals for India at major events particularly with the Asian Games and qualifications for Paris 2024 Games coming up," Ashwini said.

"That being as said, we all need support to manage our off-the-field opportunities and I am delighted & excited to be welcomed by Team IOS Sports and Entertainment. They have a proven and long-standing history of working with athletes from other major Olympic and Paralympic disciplines along with my fellow shuttlers," said Ashwini on her signing on with IOS Sports & Entertainment.

Ashwini, who is currently World Rank 23 (in Women Doubles) has been a doubles player ever since her professional journey started. Her first victory at the national level came at the 2004 National Championship in the Sub-Junior Girls Doubles category. A year later, at the 2005 National Championship, she retained her title and in 2006, she got a taste of victory by clinching a Gold at the South Asian Games in the Women Doubles event.

"It's very exciting to have one of the best doubles badminton players of India onboard with us. Ashiwni's role in showcasing Indian women's doubles badminton's prowess in world badminton cannot be missed and we are looking forward to having Ashwini as a part of IOS and wish her all the luck," said Neerav Tomar, Managing Director, IOS and Entertainment.