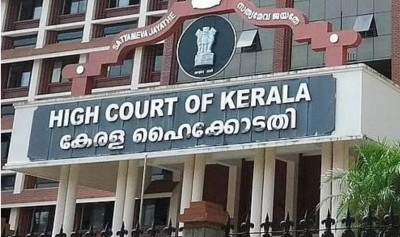 Kochi,  The Kerala High Court on Wednesday pulled up its Registry for the delay on its part in listing cases and informing judges about old cases, some of which have been pending for decades, and urged them to introspect.

This came as a bench of Justice P.V. Kunhikrishnan was considering a plea moved by a co-operative bank employee who had been embroiled in litigation against his employer for over 25 years to get his benefits.

While deciding the plea that was registered in 2010, the court ultimately found that he was entitled to receive the benefits.

Noting this and recalling that he had once come across a case that was registered over 20 years ago, the judge called for introspection by the judiciary.

The judge opined that the High Court Registry had a part to play, as they are responsible for informing the judges of old cases. However, unless lawyers file an 'urgent memo', the Registry usually won't list admitted cases except for final hearing.

"I am forced to say that there are some latches on the part of the registry also for this sorry state of affairs. It is the duty of the registry to report before the jurisdictional roster judge about the old cases, after getting permission from the Honourable Chief Justice. The jurisdictional judge may not be knowing about the old cases because in High court, the usual practice is that, once the cases are admitted, unless there is an urgent memo or a petition for an early hearing or other petitions for any directions, it will not be listed except for final hearing," the judgment stated.

Justice Kunhikrishnan also said that "there is a general grievance in the lawyers that the cases are not listed by the registry even after filing 'urgent memo'. They even say sarcastically that the 'urgent memos' filed are 'committing suicide and disappearing'. Some of the old writ petitions are misplaced and not located. It is the duty of the registry to locate the same forthwith or get orders to recreate the file".

"Otherwise, people will loose faith in the judiciary," it warned.