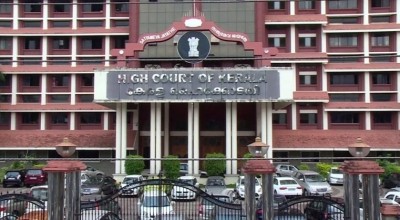 Kochi,  The Kerala government on Wednesday sprang a surprise when it approached the Kerala High Court, challenging an order of a lower court which had discharged IAS officer Sriram Venkitaraman of a culpable homicide charge in a 2019 road accident case in Thiruvanthapuram which resulted in the death of a journalist.

The IAS officer was driving a car that hit journalist K.M. Basheer killing him.

The police found Venkitaraman in an allegedly inebriated state after the accident.

However, there was significant delay in collecting his blood sample for testing the alcohol level as Venkitaraman had managed to check himself out of the government hospital where the police had taken him.

Subsequently, a case was registered against Venkitaraman and the passenger in the car at the time, a woman identified as Wafa Firoz, by the Museum Police station in Thiruvananthapuram.

In October, Additional District and Sessions Judge-I, Thiruvananthapuram discharged Venkitaraman of the offences under Section 304 (culpable homicide not amounting to murder), 201(causing disappearance of evidence of commission of offence) of the Indian Penal Code (IPC), Section 185 of the Motor Vehicles Act (MV Act), and Section 3(1)(2) of the Prevention of Damage to Public Property Act.

However, the Court framed charges against Venkitaraman under Sections 279 (rash driving) and 304(A) (causing death by negligence) of the IPC and Section 184 of MV Act.

The present appeal moved by the state said that the order was passed by the lower court without considering the materials produced before it.

"The court below without considering the materials produced before it exceeded the jurisdiction in holding that 1st accused did not drive the vehicle with either an intention to kill or with the knowledge that his act might result in the death of the deceased and also held that act of the 1st accused was merely a rash and negligent act within the meaning of Section 304 A of Indian Penal Code," the plea said.

It said that Venkitaraman, being a qualified doctor and a senior civil servant was well aware of the natural consequences of driving while inebriated. There may be knowledge of likely consequences without any intention and, therefore, the court ought not to have dropped the culpable homicide charge, the appeal petition said.