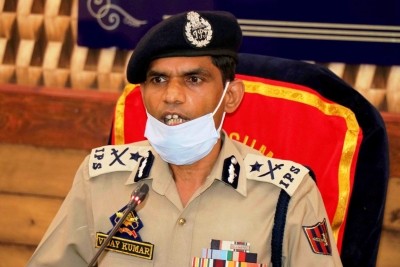 Chairing a joint meeting of senior officers of the army, the police and the CRPF, he said that all need to work hard to finish the remaining terrorists. He directed the officers to review their action plans and take immediate steps to neutralise the terrorists, adding that the hybrid terrorists need to be taken to task. He said this year so far over 100 modules of hybrid terrorists were smashed.

While giving thrust on minimising and neutralising security threats, the DGP said that indoctrinations by Pakistan terror handlers is going on and they are using various media, especially social media, to brain wash the vulnerable youth of J&K.

He said there are OGWs who help the Pakistan handlers in executing terror acts. He exhorted that different stake holders of security and government have to work together to save the vulnerable youth from falling into the trap of Pakistani terror handlers.

"We need to hit harder on terrorists and their promoters in order to maintain long lasting peace," he said.