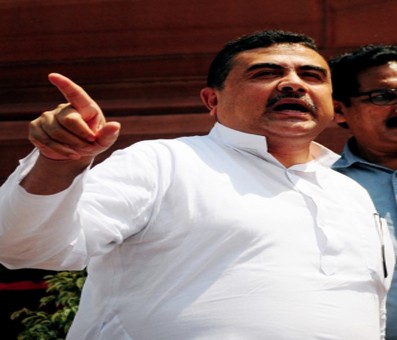 Kolkata,  Suvendu Adhikari, the leader of opposition in West Bengal Assembly, on Wednesday triggered speculations about December becoming a crucial game-changer in state politic as he claimed that the state's "biggest thief" will be nabbed and put behind bars next month.

His comments came 24 hours after BJP legislator Agnimitra Paul claimed that December will be a "crucial" month for state politics, as more than 30 Trinamool Congress MLAs are in constant touch with the saffron party.

Talking to mediapersons outside the Raj Bhavan after meeting new Governor C.V. Ananda Bose, Adhikari said, "I am not saying that the state government will topple in December. But it is for sure that the biggest thief in the state will be nabbed and put behind bars in December. BJP does not want to come to power in the state through backdoor. We will come to power after getting elected democratically with popular mandate," Adhikari said.

Adhikari also reacted to the allegations of Chief Minister Mamata Banerjee that he was instigating the Centre to stop payment of central dues to the state.

"Had the state government followed the norms in spending the Central funds already provided to it, no one would have objected to the release of funds. Whatever objections I have raised are on the basis of solid evidence," Adhikari said.

Reacting to Adhikari's comments, Trinamool spokesman Kunal Ghosh asked how can a political person predict in advance what is going to happen.

"His comments substantiate our stand that the Central agencies are operating as per the instructions of the BJP," Ghosh said.