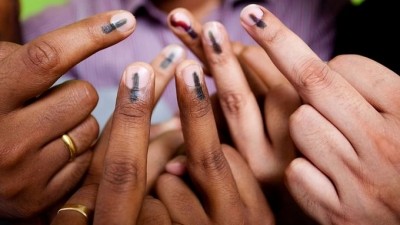 New Delhi,  Supreme Court judge Justice K.M. Joseph on Wednesday disagreed with the Election Commission of India's counsel, who said the right to vote is a statutory right and not a constitutional right.

As counsel submitted before a five-judge bench headed by Justice Joseph and comprising Justices Ajay Rastogi, Aniruddha Bose, Hrishikesh Roy, and CT Ravikumar, that the right to vote is a statutory right, Justice Joseph queried the counsel: "What do you say about Article 326 of the Constitution?"

He asked the counsel to read Article 326 in the courtroom.

Justice Joseph pointed out that it said "shall be entitled to be registered as a voter at any such election". He further queried from counsel if is he saying that parliament's legislative power will override the Constitution?

He added that the Constitution has contemplated giving the right and that is the fundamental thing. He said, "It was 21 years initially... later lowered to 18 years." He told the poll panel's counsel that it may not be correct to say that the right to vote is only a statutory right.

Counsel replied that there are precedents which show that the right to vote is only a statutory right. However, Justice Joseph said the effect of Article 326 has to be seen.

The top court made these observations while hearing a batch of pleas seeking a collegium-like system for the appointment of the CEC and ECs, and it will continue to hear the matter on Thursday.