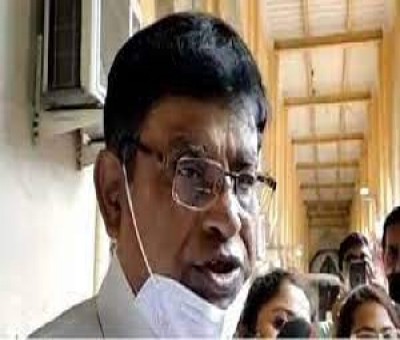 Kolkata,  Enforcement Directorate (ED) will question the spouse and son of Trinamool Congress MLA and the former president of West Bengal Board of Primary Education (WBBPE) Manik Bhattacharya as part of the ongoing probe into the multi-crore teachers' recruitment irregularities scam in the state.

According to ED sources, Bhattacharya's son Souvik Bhattacharya has already been summoned to the probe agency's office in Kolkata next week. Similar summons will be issued to his spouse calling her for questioning next week.

However, the central agency wants to question the son and the spouse for two different reasons. Souvik Bhattacharya will be questioned in connection to an agreement of his agency of Rs 2.64 crore with All India Teachers' Training Achievers Association, an umbrella organisation of different private teachers' training colleges in the state.

On the other hand, Bhattacharya's wife, Satarupa Bhattacharya would be questioned in connection with a bank account with deposits worth Rs 2.97 which she held jointly with a deceased person, Mrityunjoy Chakraborty.

In October, the ED informed a special court that the identity proofs of the said deceased person were used long after his demise as KYC documents to keep the said bank account active.

ED counsel Pheroze Edulji had pointed out that Mrityunjoy Chakraborty died on January 30, 2016 and on March 8, 2019, that is after more than three years of his demise, his identity cards were submitted as KYC for continuation of the same bank account.

Apart from Souvik Bhattacharya and Satarupa Bhattacharya, the bank accounts of the brother and son-in-law of Manik Bhattacharya are also under the radar of the central agency sleuths and they might also be summoned for questioning at a later stage.