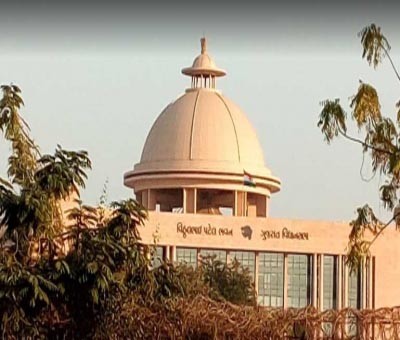 However, when Uttar Pradesh passed the anti-conversion Bill much later in 2021, laying down stricter sections prohibiting conversion, some of its penal provisions were borrowed for the Gujarat Freedom of Religion (Amendment) 2021, to make the law harsher.

Both laws are almost identical, some usage of words is different, Gujarat laws have more stricter punishment, said Isha Hakim, an advocate practising in the Gujarat high court.

In both Acts, one who wants to convert or adopt another religion has to take prior permission from either the District Magistrate or District Collector. There is a minor difference in punishment, he said.

The Gujarat Act was challenged by the Jamiat Ulama-i-Hind. After hearing both sides, the first bench headed by then Chief Justice Vikram Nath had stayed section 3, 4, 4A to 4C, 5, 6 and 6A of the Act. The court had rejected the state government's plea to vacate stay on section 5 as well.

The court commenting on why it stayed some of the sections, said, "These sections shall not operate merely because the marriage is solemnised by a person of one religion with another religion without force, allurement or fraudulent means and such marriages, cannot be termed as marriage for the purpose of unlawful conversion, the interim order is to protect the parties which solemnised interfaith marriage from unnecessary harassment."

Section 3 of the Act deals with fraudulent means of conversion by means of marriage, or by aiding person to get married. Section 4 allows aggrieved persons, relatives, parents, other person related by blood to lodge a complaint, while under section 5, person deemed to have taken part in committing the offence can be prosecuted.

When the court stayed the section 5, Advocate General Kamal Trivedi had argued that the section 5 provision existed since the law was enacted in 2003, and if that is stayed the entire anti-conversion law would be practically stayed. He even tried to impress the court by submitting that the state is never against inter-faith marriages.

Hakim told IANS that since the Gujarat high court has stayed important sections of the Act, at least he has not heard of any FIR lodged under the law.

Even states like Uttar Pradesh, Madhya Pradesh, Himachal Pradesh, Uttarakhand, Orissa and Arunachal Pradesh have similar laws, but none are stayed by any courts.