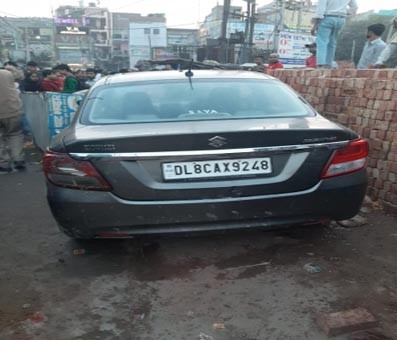 Noida,  A drunk driver rammed his vehicle and crushed three sisters on a roadside in Noida's Sadarpur area, leading to the death of one.

The incident took place on Sunday evening in Som Bazar.

According to the police, Pushpa, a resident of Khajur Colony, had gone to Som Bazar along with her daughters, Riya (6), Anu (15), and Ankita (18).

The police added that the three girls were eating golgappas when the accident occurred. The youngest victim succumbed to her injuries on Monday morning.

The three were admitted in the Post Graduate Institute of Child Health, Noida.

The police said that four youths were drinking in the Swift Dzire vehicle and the intoxicated driver lost control of the car which led to the accident.