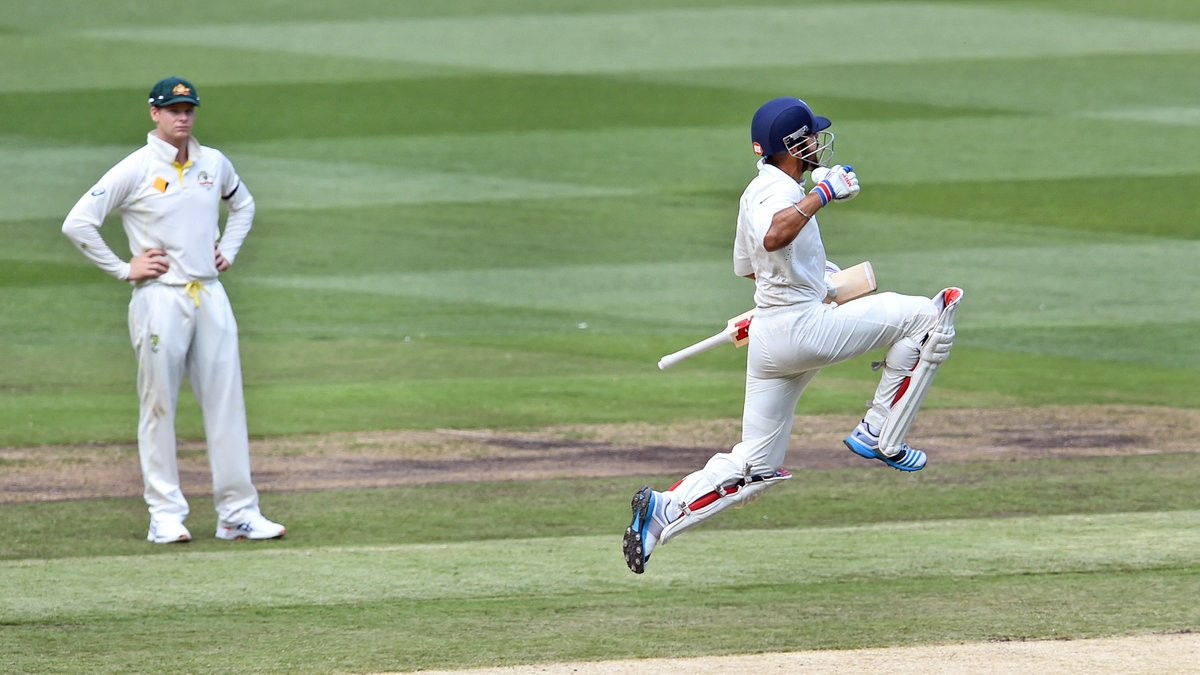 The final day of the fourth Test between India and Australia at the Sydney Cricket Ground (SCG) on Monday was washed out by rain as Virat Kohli etched his name in history for becoming the first-ever Asian captain to win a Test series Down Under.

Going into the Sydney Test, India had a 2-1 lead and they just needed a draw to win a historic Test series on the Australian soil.

Australia ended Day four on 6 for 0 as they trailed India's first innings 622-7 declared by 316 runs after the tourists enforced the follow-on on Day 4.

Batting first, India declared after posting a mammoth total of 622 runs on Day 2. The duo of Cheteshwar Pujara and Rishabh Pant, who marked their names on SCG’s Honours Board, scored 193 and unbeaten 159 respectively and were the major architects of India’s innings.

On the first day of the fourth Test, Mayank Agarwal and KL Rahul recorded a unique moment for their state team Karnataka when they walked out to open the innings for India. It was for the very first time that two Karnataka players opened India's batting in Test cricket.

While Mayank continued to impress in his debut series, Rahul’s bad patch persisted. After Rahul’s dismissal in the second over, Mayank built a 116-run stand with Pujara and laid the foundation for the rest of the batters.

India’s captain and vice-captain Kohli and Ajinkya Rahane failed to deliver with the bat as they got dismissed for 23 and 18 respectively. Hanuma Vihari stuck around with Pujara as the two posted 100-plus runs for the fifth wicket before the former was sent back the dugout for 42 runs.

The SCG witnessed a young Pant become the first Indian wicketkeeper-batsman to score a century in Australia. His score of 159 not out surpassed MS Dhoni's 148 not out he scored against Pakistan in Faisalabad in 2006 for the record of highest Test score by an Indian wicketkeeper.

India declared at 622 just after Jadeja was dismissed for 81 runs on Day two.

In reply to that, Aussie opener Marcus Harris top-scored for Australia with his knock of 79 off 120 balls and the next batsman was Marnus Labuschagne, who scored a 95-ball 38.

Indian spinner Kuldeep Yadav spun the hosts with his maiden five-wicket haul overseas in his very first Test in Australia. He was supported by Jadeja, Mohammed Shami and Jasprit Bumrah who claimed two, two and a wicket each respectively.

Kuldeep, who became India’s first-ever bowler to have recorded a fifer in all three formats, co-incidentally credited Shane Warne for his guidance that helped the former to rip apart the hosts.

While there were several fantastic performances witnessed in the fourth Test, it was marred by the rain that ruined the last three days of the match. After Australia were bundled out for 322 on Day four, Kohli took into consideration factors like India’s huge lead of 300 and poor weather conditions and enforced the follow-on.

Kohli, by doing so, became just the second Indian captain to have enforced the follow-on in Australia after Kapil Dev, who had done that in 1986.

Unfortunately, when the Australians came out to bat for the second time, only four overs were bowled and the rain returned and never allowed the play to resume in the Test.