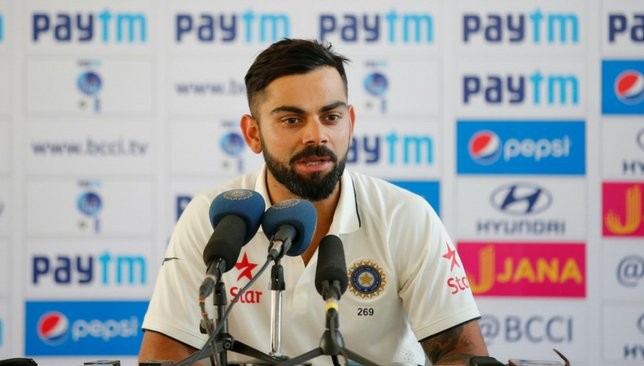 Cricketers Hardik Pandya and KL Rahul who landed themselves into trouble after appearing on the talk show have now been suspended till probe ends.

Indian skipper Virat Kohli has made his stand clear and stated that the comments made by Hardik Pandya and KL Rahul are not are not acceptable and the personal opinions are not the view of the India team.

The BCCI had also issued the players a show-cause notice to which Pandya responded with an apology to the board.

Hardik Pandya and KL Rahul’s comments on a popular TV show had already landed them into much trouble with the Committee of Administrators (CoA) chief Vinod Rai recommending a two-ODI ban on both the players. Meanwhile, BCCI treasurer Anirudh Chaudhry has pushed for stronger punishment stating that players should be allowed to re-join the team only after going through a 'proper sensitisation' in addition to serving the ban given.

While the on-field focus in Indian cricket is set to shift to white-ball cricket with the ODI series against Australia, the off-field attention has been hogged by controversial interview on an entertainment show. Indian cricketer Hardik Pandya has landed himself in controversy after his comments on the TV show. Pandya and KL Rahul, who also appeared on the show, were issued showcause notices by the BCCI. The massive outrage after the interview might prompt the Indian cricket board to bar players from such appearances on non-cricket show.

Hardik Pandya later offered "regrets" in response to the showcause notice from BCCI. He also vowed never to repeat the behaviour. Pandya is currently with the Indian team in Australia where it recently recorded a historic maiden Test series win.

"From the Indian cricket team point of view, any inappropriate comments that are made in that scenario are something that we definitely don't support and the two concerned players felt what has gone wrong and they have understood the magnitude of what's happened. Definitely it has to hit anyone hard, they will definitely understand the things that have not gone right.”

"We are still waiting for a decision to be made but from the Indian cricket team point of view this changes nothing in terms of our beliefs in the change room. It does nothing to the spirit that we've been able to create within the change room and these are purely individual opinions and something as I said which is inappropriate."