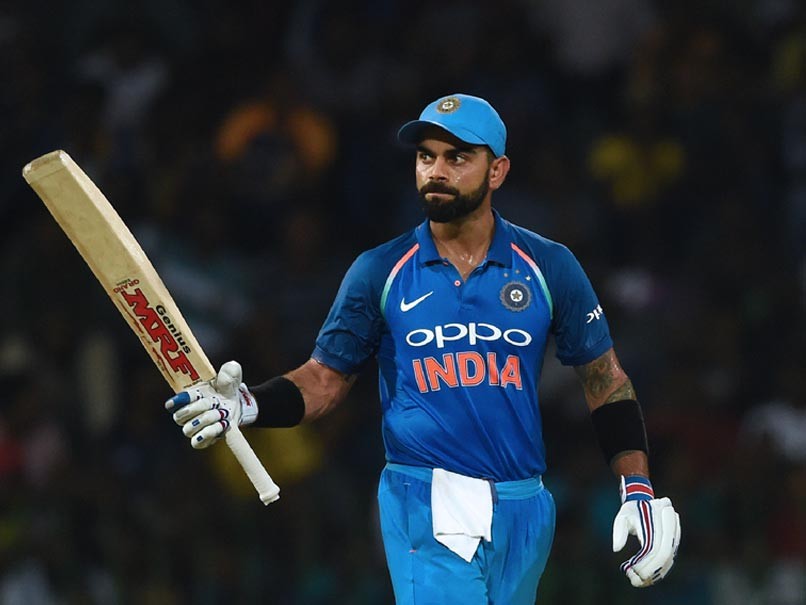 Virat Kohli smashed his 39th one-day international century while MS Dhoni hit his second successive half-century as India claimed a dramatic six-wicket victory over Australia at a sweltering Adelaide Oval on Tuesday to level up the three-match series at 1-1.

Skipper Kohli contributed of 104 of his side's runs as they successfully chased down their victory target of 299 for the loss of four wickets to send the series into a decider on Friday at Melbourne Cricket Ground.

MS Dhoni, clearly suffering in the heat, smashed a huge six to bring the scores level and reach his half century before scoring the winning run with four balls to spare.

"Very pleased," Kohli said after the match. "It was a really tough day. MS in the end was tired as well. We need a good day's rest, a good day's travel and then we'll recuperate and get ready for the MCG."

Shaun Marsh had earlier scored a sparkling 131, his second century in three outings in the format, to drive the hosts to 298 for nine in their 50 overs in the heat of the afternoon when temperatures soared well above the 40 degree Celsius mark.

Another masterclass from Kohli

Kohli took over under the lights on what remained a muggy evening and took his century off 108 balls, pumping his first towards the dressing room after taking two runs to square leg to reach the milestone.

In all, he hit five fours and two sixes in his 112-ball innings but left disappointed after smacking a Jhye Richardson delivery straight to Glenn Maxwell on the deep midwicket boundary in the 44th over.

Dhoni (55 not out) had played within himself as he kept Kohli company in a partnership of 82 but hit a six for his first boundary soon after his captain departed and added 57 with Dinesh Karthik (25 not out) to get the tourists over the line.

India vs Australia, 2nd ODI: As it happened in Adelaide

"I think we hung on really well," said Australia captain Aaron Finch. "But when you come up against a side that's in form like India ... you know you have to keep taking wickets and when the old pro Dhoni is there at the end it's tough."

Finch won the toss for the second successive match but that was as far as his luck went and he departed for six as he did on Saturday when the hosts won the series opener in Sydney by 34 runs.

The hosts have made a habit of making starts in recent matches and Usman Khawaja had put 21 runs on the board before being brilliantly run-out by a direct hit from Ravindra Jadeja at cover-point.

Marsh and Glenn Maxwell put on 94 runs off 66 balls for the sixth wicket to accelerate the scoring in a partnership that took the top order batsman to his seventh ODI century. Maxwell blasted 48 off 37 balls before he holed out to Karthik at long off the bowling of seamer Bhuvneshwar Kumar, who finished with figures of 4-45.

That triggered an Australia collapse with Marsh lasting only two more balls before becoming Kumar's third victim and the home side able to add only three more runs at a cost of four wickets.