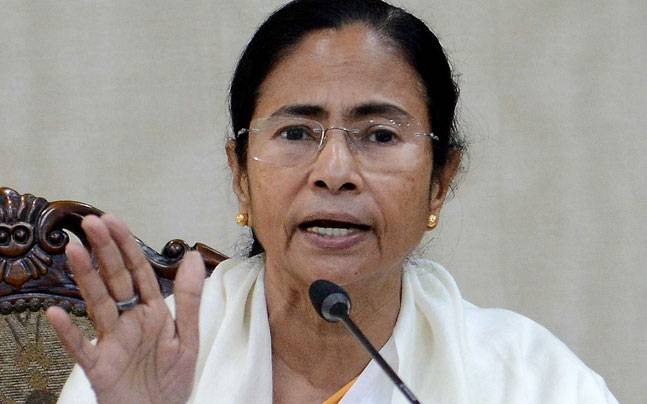 West Bengal Chief Minister Mamata Banerjee on Tuesday equated the regime of the Bharatiya Janata Party-led National Democratic Alliance government to the controversial decision of the imposition of Emergency 44 years ago. In a tweet, Mamata attacked the present government and asserted that the country should learn from the lessons and safeguard the democratic institutions.

Mamata Banerjee has been at loggerheads with Prime Minister Narendra Modi's government since the last few years over a number of issues. There have been several cases of violence between the BJP and the TMC in West Bengal in which several members of both parties have lost their lives.

She had recently given the recent all-party meeting hosted chaired by the Prime Minister a miss and also skipped the swearing-in ceremony of the new government.

Earlier in the day, Prime Minister Narendra Modi had also lauded the bravehearts who fought against the then government and saved the democratic values of the country. Sharing a 1.27-minute-long video, in which he has given his voice, PM Modi can be heard saying that democracy faced the greatest threat of all times during those days but despite that, the country did not lose hope. "The country was turned into prisons and voice of the Opposition was muddled," he said in the video.

"India salutes all those greats who fiercely and fearlessly resisted the Emergency. India’s democratic ethos successfully prevailed over an authoritarian mindset," Modi wrote on Twitter.

Former prime minister Indira Gandhi had on June 25 of 1975 declared Emergency, citing "internal disturbance" across the country as the reason for taking the extreme measure. During the controversial period which stretched over to 19 months, a number of opposition leaders and activists were put behind bars and even the press was censored.

After the imposition of Emergency, the Congress lost power for the first time in the history of independent India and a number of smaller political parties under the banner of Janata Party forming the government.