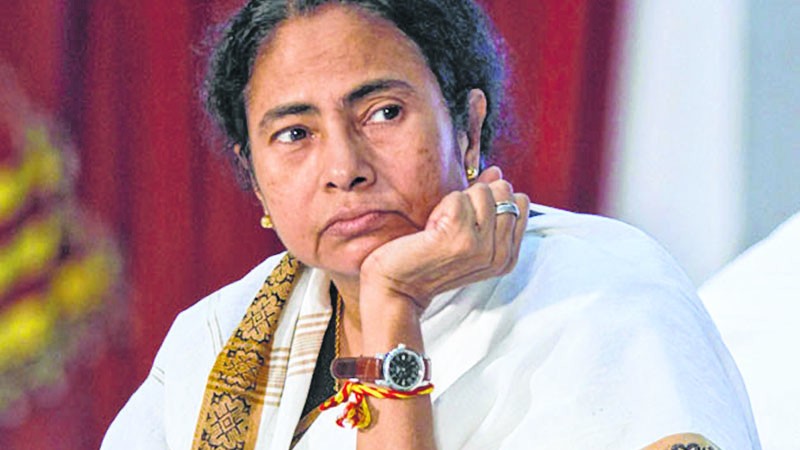 The protest and agitation against Trinamool’s local leaders regarding ‘refund of cut money’ turned violent after locals attacked the residence of an up-pradhan and went on the rampage at Mangalkot in West Bengal’s East Burdwan district.

Later, the government formed a team on Monday that will work at Nabanna  (the state secretariat) to hear the corruption cases.

Demanding refund of ‘cut money’, local residents assembled at the house of Reena Chakrabarty, the deputy chief of Chanak gram panchayat at Mangalkot.

“The attackers pelted stones at my house. They vandalised my car. We informed the police who rescued us. We are taking refuge at TMC office,’’ said Reena.

“A group of people lined up in front of my house in the past two days and accused my wife of taking ‘cuts’. She never demanded a commission or ‘cut money’ from anyone. When I was taking my son to school, they assaulted me,’’ said Ananta.

On Sunday, four Trinamool elected members gave written declarations that they would refund the ‘cut money’. In Midnapore, two councillors fled from their houses after locals demonstrated for consecutive two days demanding that their ‘commission’ be returned to them.

The Bengal government formed a special team that will work from the grievance cell which was set up at Nabanna more than a week ago to address the complaints regarding cases of corruption.

“The grievance cell will forward the serious complaints to the special team. The members of the team will pursue the complaints, visit the areas from where the complaints are and investigate to find out the ground reality. The team will submit a report to the grievance cell which will be forwarded to the chief minister’s office for next course of action,” said an officer at the secretariat.